The U.S. finds itself under pressure this week trying to complete the evacuation of Afghanistan by the August 31 deadline, getting the FDA to approve the COVID-19 vaccinations, and continuing to fight the out-of-control fires in the west. U.S. markets are remaining resilient and unaffected by the headline news.

Afghanistan has been in the news non-stop these past two weeks with President Biden’s decision to end all military involvement in the country. After this decision the country quickly fell under Taliban control. Today, two suicide bombings were targeted outside the airport in Kabul with 12 U.S. service members killed and 15 injured. Reports also indicate that at least 60 Afghan civilians were killed in the attacks, which are believed to have been carried out by the Islamic State (ISIS-K). The U.S. is trying to complete the evacuation of all U.S. citizens and others by August 31, as well as Afghans who have obtained a limited number of special immigrant visas, for people who have worked for NATO or the U.S. as interpreters or in some other capacity. In today’s press conference, President Biden issued a stark message that the U.S. will hunt down those responsible for these attacks.

On Monday, the Food and Drug Administration (FDA) approved Pfizer-BioNTech’s coronavirus vaccine in the U.S. With the full approval comes the use and marketing of its real name: Comirnaty (a combination of the words community, immunity, mRNA, and Covid). Individuals 16 years of age and older are eligible to receive the vaccine and available under emergency use of authorization (EUA) for individuals 12 through 15 years of age. Even though it is now approved, many Americans are still not getting vaccinated. Pfizer is also seeking FDA approval for their booster dose and expects to complete its application by the end of this week. Moderna completed the submission for full approval of their vaccine to the FDA on Wednesday. If approved, they would be the second coronavirus vaccine approved in the U.S. 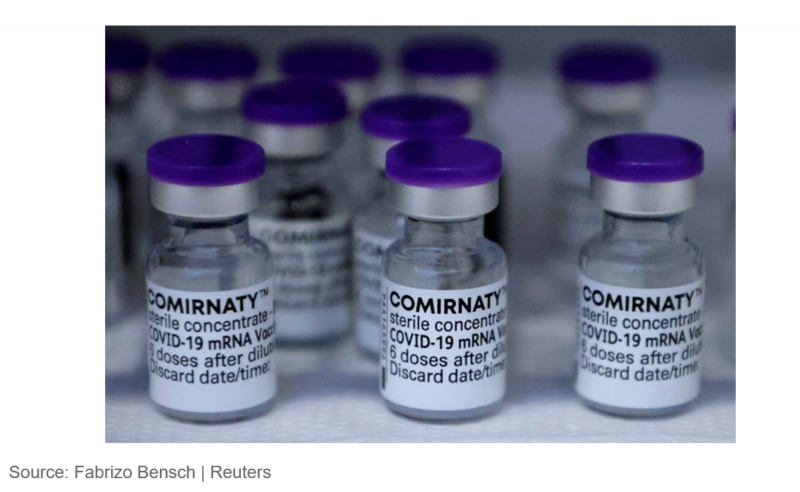 Nine large fires continue to burn throughout northern California causing more than 42,000 residents to evacuate their homes. The most troubling is the Caldor Fire, which has burned 117,704 acres, beginning only 10 days ago and is only 9% contained as of today. Cal Fire has more than 2,000 firefighting personnel combating the blaze, along with 19 helicopters, 211 engines, 48 hand crews and 51 dozers. On Wednesday, President Biden approved Gov. Gavin Newsom’s request for a Presidential Major Disaster Declaration to help ongoing emergency wildfire response in California and support impacted communities in Lassen, Nevada, Placer and Plumas counties. 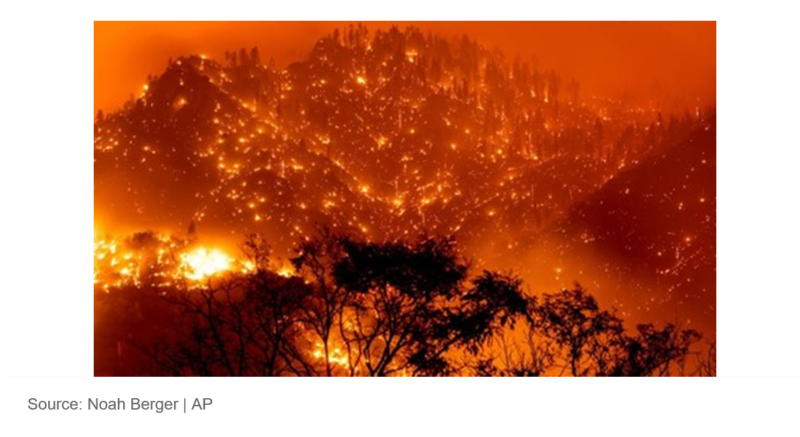 As of last week Friday, the S&P 500, Nasdaq, and the Dow Jones Industrial Average (DJIA) are all up by 1.5%, 2.8%, and 1.0%, respectively. Between the mix of headline news, it appears that U.S. markets have been unaffected by the turmoil in Afghanistan. Though today, major market indices took a pause after hitting consecutive record highs. Investors are waiting to hear what the Fed’s say at their annual (virtual) Jackson Hole retreat. So far, the 10-year treasury yield has ticked up from 1.27% up to 1.35%, signaling that some investors may be betting the Fed will start tapering their asset purchases soon. As a result, bank stocks edged up as higher rates can boost their profit margins because they can charge more on loans. On a positive note, earnings season is coming to an end. Large American companies continue to set records with sky high profits.

Tomorrow, we will be sending out the invitation for our next webinar. Please join Tiffany K. Chiu, Esq. for an important virtual discussion on 5 Common Reasons to Update an Estate Plan. It will take place on Tuesday, September 28th from 1:00 p.m. – 2:00 p.m. PDT. Be sure to look for the invitation in your inbox tomorrow.