The beginning of this week had me reflecting on all of the people throughout the years who have served the United States. We began the week with the passing of former Senator Bob Dole, then remembered those who sacrificed their lives in World War II with National Pearl Harbor Remembrance Day. I think it is important that we remember these people who serve and protect our country in many different ways and for many years. The market volatility subsided a bit this week with investors hopeful that the latest Covid-19 variant is temporary.

On Sunday, former Senator Bob Dole passed away at age 98 in his sleep. Today he is lying in state in the U.S. Capitol Rotunda. Dole, a World War II war hero, signed up to serve in the U.S. Army after the attack on Pearl Harbor. He was awarded two Purple Hearts and the Bronze Star for his bravery. From 1969-1996, he represented Kansas in the Senate and was also the Senate Republican leader for more than a decade. He ran for president three times, winning the Republican nomination in 1996 but lost to incumbent Bill Clinton. Tomorrow, at 10 a.m. there will be a formal ceremony at the Rotunda. A memorial service will be held and live streamed at Washington National Cathedral later Friday afternoon. His body will be buried at Arlington National Cemetery. At the time of his death, he had served the United States of America for 79 years. 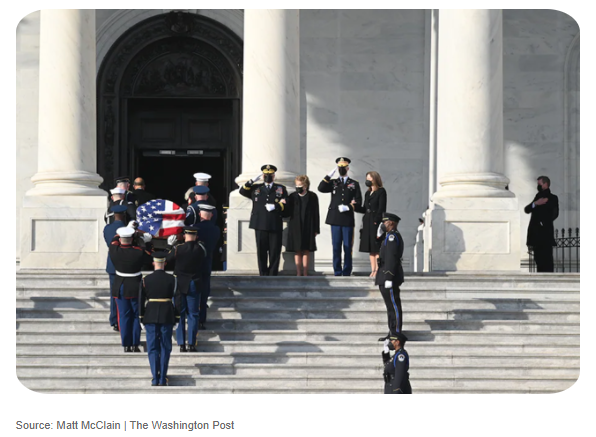 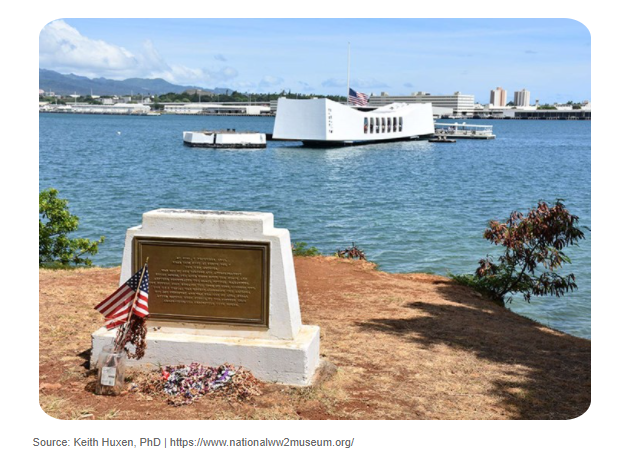 Investors have become more hopeful that the Omicron variant is merely temporary, and markets have taken a breather from the fall of the preceding two weeks. As of last Friday, the S&P 500, Dow Jones Industrial Average, and the Nasdaq have posted gains of 2.0%, 3.3%, and 0.9%, respectively. While market volatility has subsided this week, and stock market gains are hovering near all-time highs, investors are looking ahead to the next round of inflationary data. Inflation estimates are pointing to a higher release than the previous month, and the report will act as a segue for the Fed’s meeting next week, when more aggressive monetary policy may be discussed. 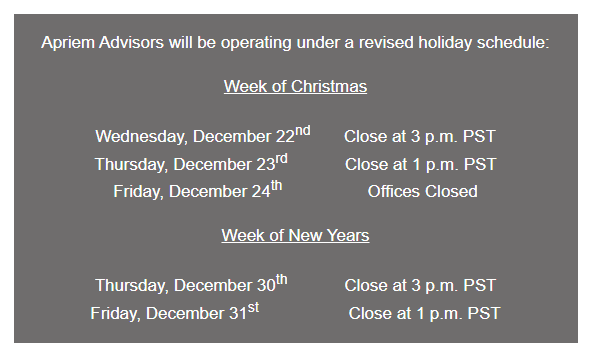 We are beginning the construction on our office and we will not be available for in office meetings, but we will be available to meet in-person at alternate locations, by Zoom, or conference call. We will continue to update you on the progress. We are looking forward for you all to see our updated office space in Irvine.

As we are nearing the end of the year, if you have any items you would like to discuss for year-end, such as charitable planning, your Required Minimum Distribution, contributing or opening a retirement account, charitable contributions, gain/loss tax planning or simply review your accounts, please call our office at (888) 253-0288 or email Sunni@apriem.com.

Take care and have a great weekend!