I hope everyone enjoyed a nice long holiday weekend. The second half of the year began with a bang overseas. Wimbledon made history with its first African woman making the finals, Boris Johnson found himself in centre court as he steps down as Prime Minister amidst numerous controversies and the markets have slightly recovered.

If you are a tennis fan, this has been a great week to catch the best players on the circuit at The Championships, Wimbledon, commonly known simply as Wimbledon. This is the oldest tennis tournament in the world and is regarded as the most prestigious. The tournament was founded in 1877 in Wimbledon, London and is held on two outdoor grass courts at the prestigious All England Club. The event is filled with tradition which includes an all-white dress code for competitors, royal patronage and often a favorite treat consumed is strawberries and cream. All eyes are on the first African woman, Ons Jabeur to reach a singles final of a Grand Slam by defeating her German rival and best friend, Tatjana Maria. She will face Elena Rybakina from Russia in the finals on Saturday. Today, Rafael Nadal withdrew from the semi-final match against Nick Kyrgios, who will now advance directly to the finals. Novak Djokovic will face Britain’s Cameron Norrie to see who competes against Kyrgios. The men’s semi-finals will be played tomorrow with the finals on Sunday, July 10th. 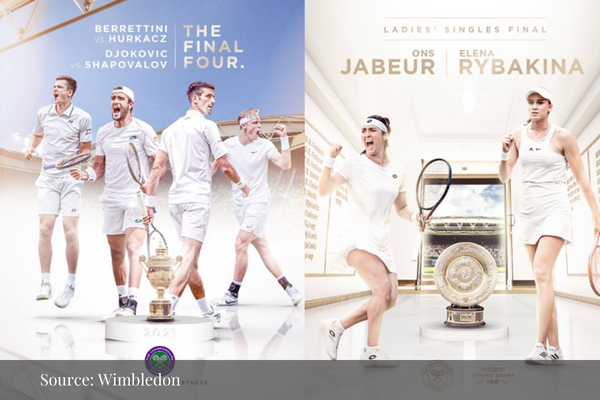 Tennis isn’t the only thing going on in the United Kingdom this week. Boris Johnson stepped down as Prime Minister. After a week of fighting for his political survival and nearly 60 members of government resigning, Johnson finally announced his resignation today. He has faced multiple controversies while in office but up until now was always able to deflect. The most infamous controversy occurred during COVID-19 lockdowns in Britain, where 83 people in government including Johnson were cited for having large gatherings on government grounds during the strictest time in the lockdown. He also promoted Member of Parliament, Chris Pincher, despite allegations of sexual misconduct. There are numerous more scandals to list that have overshadowed several key milestones during his tenure, such as the U.K. departure from the European Union two years ago, one of the fastest vaccine rollouts in the world and their unwavering support for Ukraine in its war against Russia. It is unknown at this time who will replace the leader. The U.K. currency and stock price were boosted amidst the all the controversy. 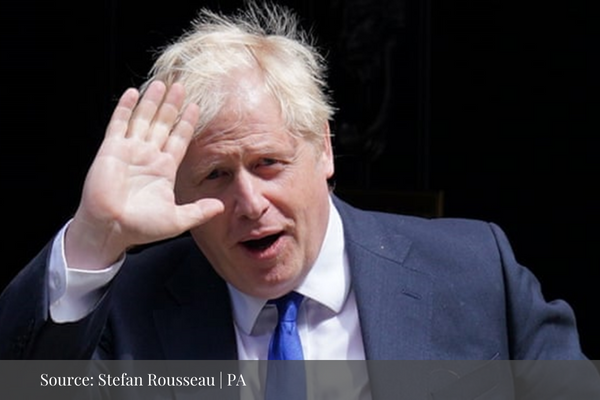 Markets rallied this week after recent economic data alleviated worries that inflation was out of control. We will know more about the extent of inflation control next week when the Consumer Price Index (CPI) and Producer Price Index (PPI) data is released. In addition, the Federal Open Market Committee (FOMC, “Fed”) reaffirmed its intention to keep raising rates in the Fed minutes to fight inflation. It was suggested that prospective increases for the month of July might range between 0.50% & 0.75%. Next week marks the start of second quarter earnings, with major banks like J.P. Morgan (JPM) and Morgan Stanley (MS) leading the charge. Estimates for S&P 500 companies predict revenue growth rate of 10.1% while earnings are expected to grow 4.1% for Q2. For the week, the S&P 500, Dow Jones Industrial Average, and Nasdaq are all up 3.13%, 2.02%, and 5.39%, respectively, as of today’s close.

Our invitation went out for our next webinar on “Medicare Essentials” with Carol Chap, M.S., HICAP Community Education and Outreach Coordinator and will take place on Wednesday, July 27, 2022, at 1pm. Click here to register and learn more. Check out the recordings of our previous webinars to watch on our website here. Please share these links with your friends and family if you think they are topics they will find interesting.

Your second quarter 2022 reports will be delivered to your client portal or via mail on July 15th. We encourage you to schedule an in-person or virtual review with your Wealth Manager. Please call our office at (888) 253-0288 or email Kellie@apriem.com.

Take care and have a great weekend!

The information provided in this report should not be considered a recommendation to purchase or sell any particular security. There is no assurance that any securities discussed herein will remain in an account’s portfolio at the time you receive this report or that securities sold have not been repurchased. Past performance is no guarantee of future results. The reader should not assume that investments in the securities identified were or will be profitable.”