It finally feels that Fall is in the air and the leaves are beginning to turn. I recently returned from a visit to see my youngest son, Chance, for parents’ weekend at Washington State University. It was so nice to be in a state where I could see the colors of the leaves changing and experience the season, not to mention it was great seeing my son. I came home to the sad news of the passing of Colin Powell, the kidnapping of U.S. citizens in Haiti, a drought in my home state and the mixed message of which vaccines can go together. Seems like there hasn’t been a dull moment in the past two years. 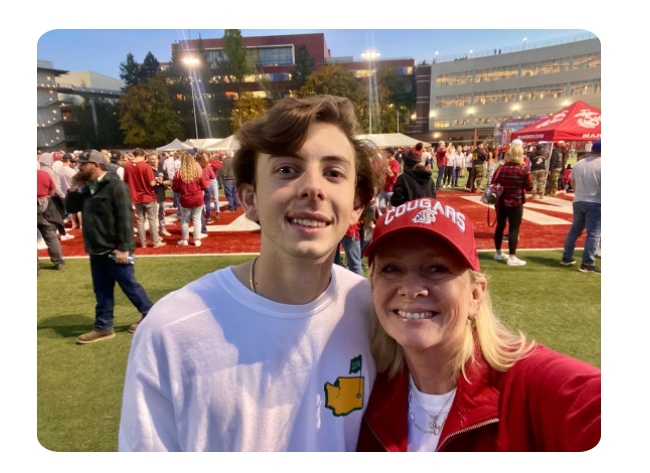 On Monday, former Secretary of State Colin Powell died of complications from COVID-19 at the age of 84. He was the first Black U.S. Secretary of State. The four-star general worked alongside four different presidents (from Reagan to Bush) and was a key player in shaping foreign policy. He spearheaded many American military operations, such as the 1989 invasion of Panama and the 1991 Persian Gulf War. Powell was fully vaccinated but had been battling multiple myeloma (a form of blood cancer) as well as early-stage Parkinson’s disease. He was considered high-risk and immunocompromised. His death has sparked a larger discussion about COVID-19. Data shows that COVID-19 vaccines are not as effective for people who are immunocompromised and the CDC and FDA both recommended and approved booster shots for high-risk groups. Unfortunately, Powell was too ill to get his booster shot. President Biden ordered flags to fly at half-staff. 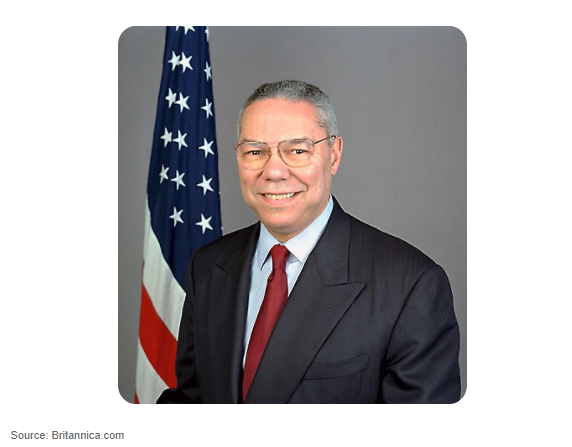 Last Saturday, 17 missionaries were kidnapped by the powerful “400 Mawozo” gang in Haiti after visiting an orphanage in a northeast suburb of the capital Port-au-Prince. Sixteen were Americans and 1 Canadian ranging from ages 8 months to 48 years old. The missionaries are affiliated with the Ohio-based Christian Aid Ministries. This abduction is one in a wave of kidnappings that have become more brazen as the country experiences political instability, civil unrest, and severe poverty among other things. The gang is asking for $17 million ($1 million per hostage) for their release.

California Governor Gavin Newsom expands the drought emergency from 50 counties to statewide. Previously 8 counties were not included in the emergency and now all counties are included. Potentially the state is facing a drought for the third year in a row, and it is important that Californians work together to conserve water in every way. He has not made an order for mandatory water conservation yet. Next week, a parade of Pacific storms will hit Northern California bringing lots of rain and some snow to the Sierra Nevada mountain range. Even though rain is needed, these storms could also trigger dangerous flooding and debris flow.

Yesterday, the FDA authorized booster doses of the COVID-19 vaccines made by Johnson & Johnson (JNJ) and Moderna (MRNA). They also announced that it doesn’t matter which vaccine you received, you can receive any of the three authorized vaccines as a booster. The FDA and CDC are not recommending one booster over another. This decision does not come as a big surprise after researchers on Friday presented the findings of a federally funded “Mix and Match” study. The study found that recipients of the J&J single-dose shot who received a Moderna booster saw their antibody levels rise 76-fold in just 15 days. Federal regulators are also hoping to greatly expand the number of Americans eligible for booster shots.

As of last Friday, the S&P 500, the Dow Jones Industrial Average, and the Nasdaq have advanced 2.5%, 2.0%, and 2.7%, respectively. The recent advances helped pushed the S&P 500 over its record high, and the Nasdaq within one percent of its record. Gains are attributed to the strong earnings results for S&P 500 companies. As of market close today, over 21% of S&P 500 companies have reported earnings. Of those companies that have reported earnings, nearly 69% have beat revenue estimates and over 81% have beat earnings estimates.

I would like to thank everyone who attended the webinar yesterday with Margo Day from World Vision. The video will be available for playback soon on our website. Be on the lookout for the invitation for our next webinar on “The Permanent Problem with Transitory Inflation” with Benjamin Lau, CFA and Jose Rendon from our Investment Management Team. It will take place on Thursday, November 18th at 1:30 p.m.

As we approach the end of the year, we would like to remind you that if you have any items you would like to discuss for year-end, such as charitable planning, your Required Minimum Distribution, contributing or opening a retirement account, charitable contributions, gain/loss tax planning or simply review your accounts, please call our office at (888) 253-0288 or email Sunni@apriem.com.

Have a wonderful day.