This week I took a trip over to Salt Lake City, Utah to go out and snowboard for the first time. It was a trip I had planned for some time now, but to my surprise there was no snow. I kept checking the weather tracker in the week leading up to it, but there was no evidence of any fresh snow. Luckily for me there was artificial snow on the mountains. It was only until arriving that I found out December is just the start of the skiing season. I would have planned ahead of time and gone a month or two later if I had known this. Regrettably, this was not the case. It was just my luck to find out later that a snowstorm was forecast for this week. I was a week too early, a true amateur move. Fortunately, I was able to hit some slopes, though not the snowy ones I had anticipated. I was able to hike through Bryce Canyon’s gorgeous mountains. And even made it to Wall Street. When I think about how sublime the journey was, it still takes my breath away. 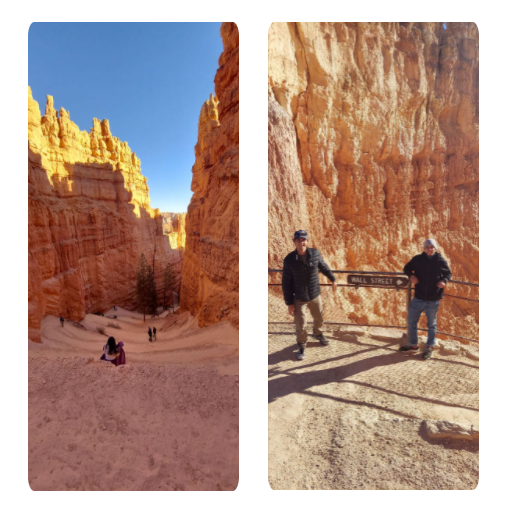 However, unlike my planned trip, the Fed’s schedule does not allow such flexibility. They can consult as many economists as they want and examine all economic statistics, but the economy is continually changing. This previous week that sentiment rang with the Fed. First, several Fed officials called to speed up the Fed’s scheduled bond tapering, citing concerns that inflation is running too hot. The move would effectively tighten the central bank’s easy monetary policy. Then, Fed chair Jerome Powell said in a statement that the Fed would retire the word transitory describing inflation. Investors will be keeping a close eye on the Fed’s last meeting for the year. It will take place next week, and any new comments made regarding updates to their planned bond tapering schedule will be announced on Wednesday.

This week investors will be on the lookout for new inflation data. The expectation is that the inflation number reported will be higher than the previous reading of 6.2%, at an estimate of 6.8%. If forecasts are accurate, this will be the highest gain in any 12-month period since the 1980s. But expectations have already been set for inflation to run a bit hot into 2022. The question then is, how high will treasury rates move? The yield curve continues to flatten – shorter-dated Treasury yields are moving up and approaching longer dated treasury yields. While long-term inflation expectations remain relatively muted. And global yields remain low or even negative. So regardless of the Fed’s decision to raise rates, it appears that we will be in a lower-rate environment for longer.

What does this mean for you? Positioning for your fixed income securities will need to remain put. It is likely that the media will continue to paint pictures of yields moving rapidly from week to week. But it is important to sort through the noise and look at the long-term picture. After the crash we saw in early 2020 and the massive stimulus that ensued, it was only a matter of time before the economy started to heat up again. And with that increase in productivity comes the lifting of interest rates. Our current fixed income positioning includes allocation to short duration bonds, which fares well in an increasing rate environment due to their reduced sensitivity to interest rate movements. The positioning will continue to be a significant aspect of our bond holdings. At this point in time, the situation looks quite clear. Any near-term changes will have little effect on our long-term economic positioning.