After a nice, but short break for Thanksgiving, the holiday season is now fully upon us. The typical kickoff to the holiday spending season is usually Black Friday, the frenzied shopping day after Thanksgiving. That’s usually when I start trying to figure out what to get my wife and kids along with my other family and friends. What’s the hot gift this year? What’s a gift they would actually use? Last year was great, my wife wanted something simple yet practical, a new vacuum. I don’t think I’ll be that lucky this year.

This year, of course, much of the shopping was shifted to online channels. Shipping times and availability of many popular items are getting pushed back. I’ve even noticed that deliveries of a few recent online orders were late. Arriving a day or two after it was expected. Things will surely get busier.

Hard to think of many benefiting from this online shopping surge other than Amazon. The company’s hiring spree is truly historic, adding about half a million employees in the last year. To put that in perspective, the third largest employer in America is Kroger (Ralph’s) Grocery stores, they have 400,000 total employees. In just a year, Amazon has added the equivalent of Ralph’s entire workforce.

Amazon’s dominance encompasses so many things besides just books and toys. Recent news that they are entering the pharmacy business has been met with excitement from consumers, and concern from competitors. If I had to distribute a vaccine to say, a few hundred million people, there aren’t too many people I would call (after Mr. Bezos, the only other one would be Doug McMillon at WalMart). The core of Amazon’s consumer business is obviously Amazon Prime. With benefits far ranging from free shipping, cloud storage, music, and movies, it’s not hard to see why so many American households are members. More families are Prime members than there were Christmas trees setup last year. 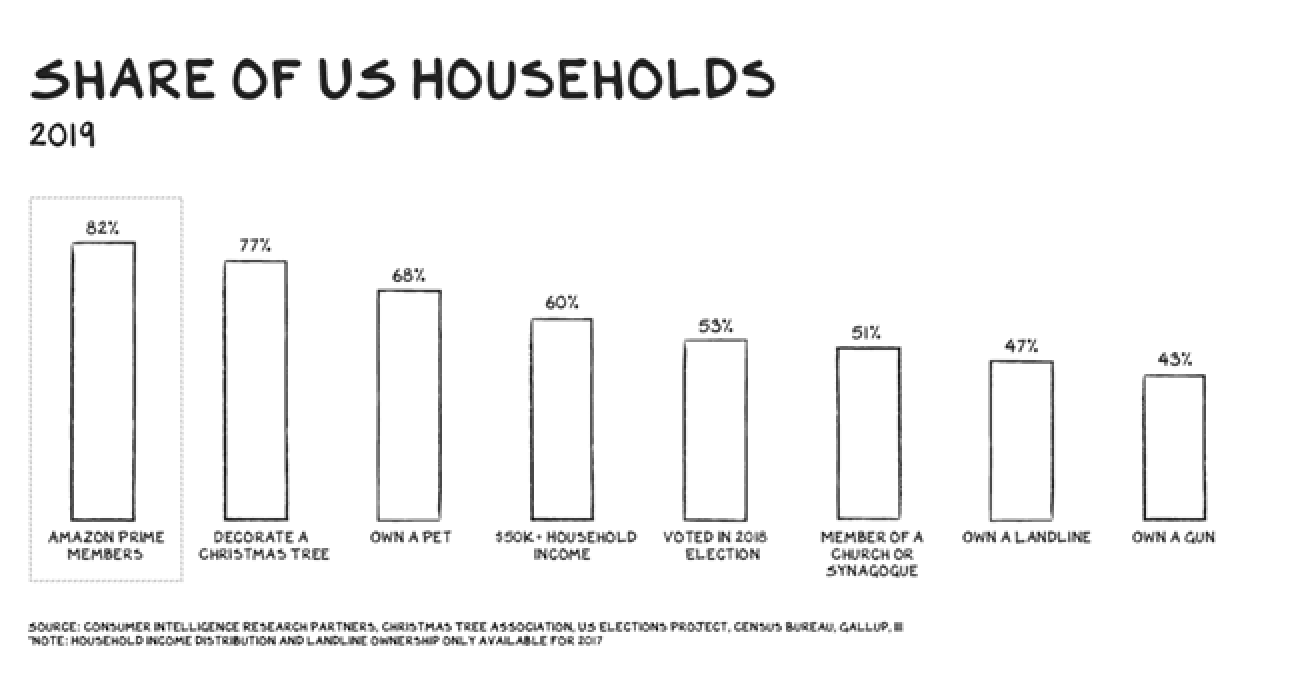 Amazon’s dominance has also been in the stock market too this year. Like a handful of companies out there, Amazon has benefited greatly from COVID and has been one of the story stocks of 2020. Amazon was also a story stock back in 2000, when online anything was just taking off. There were a lot of story stocks back then too. However, hindsight is always 20/20. Not many people could’ve predicted an online bookstore would have been one of the few ones to emerge from the tech wreck.

During bullish times, story stocks are exciting companies to invest in. They promise a revolutionary future – the next Amazon or Tesla. A few can also be complete frauds (Theranos), but many are just too early for their time (Pets.com) or haven’t figured out a sustainable business model (too many to name). After two stellar years in the equity markets, these are times to be wary of too many story stocks in your portfolio. Make sure the story has solid business fundamentals to back it up. For example, our process is focused on cash flows and operating margins. Are they on the road to profitability with positive free cash flow generation? Or are they just another short-lived story destined to be forgotten? As we approach the end of another great year in the markets, speculative forces are bound to come out. Unfortunately, that will never change. Just make sure you have a process to weed out the bad ones.