My kids, like many their age, really love their video games.  I don’t know when it really started, but their fondness for all things digital have grown during COVID.  They love all types of games.   My younger daughter still likes her silly Barbie and coloring games on the iPad.  My son has taken more advanced games on his Nintendo Switch.  Pokémon & Super Mario are among his favorites.  One of the games, Overwatch, is from the local game maker, Activision Blizzard. These game makers create such immense worlds that it’s very easy to get sucked in.  It’s not hard to see why so many children and adults find themselves getting addicted to these games.  A medical friend of mine tells me that these games release a surge of dopamine in the brain and can create quite a euphoric high for kids.

That’s why it’s not surprising a company like Robinhood would try to replicate that feeling that games give you: the “gamification” of investing.  I have heard that when you make a purchase, confetti rains down on the app.  Some have called it appalling that Robinhood and other new fintech startups would make investing so easy.  Lured by free trades, a new generation of investors were introduced to investing in the markets by their easy-to-use interface.  But Robinhood’s good intentions have grown perverse recently.

It’s not all Robinhood’s fault.  Recently, it seems like investors have forgotten the basics of “investing” and have focused more on speculation.  It’s hard to tell the difference between the two, but clearly many “investors” have veered towards the speculative side.  And while day trading isn’t bad by itself, making money from day trading is quite difficult.  Consistently getting into and out of various stocks results in a lot of trading activity.  That immense activity of trading is a huge reason why 80% of day traders lose money.  If you’re trying to beat Wall Street, day trading is a horrible way. 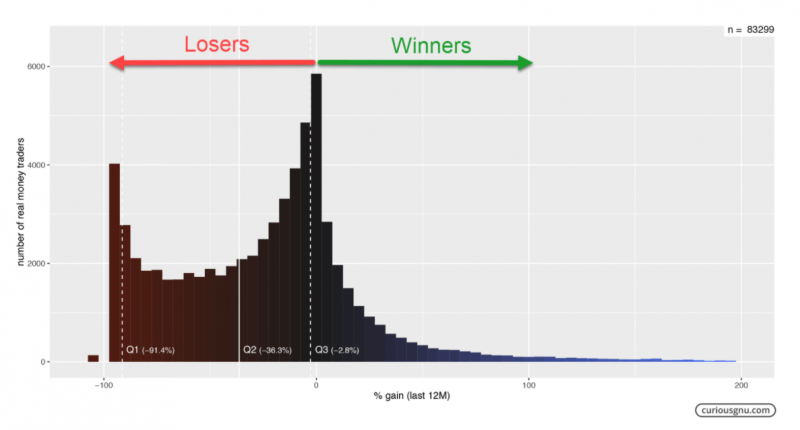 There’s a reason why firms like Robinhood encourage investors to trade rapidly.  While investors might think they are getting free trading, Robinhood is actually making money on their users trades. They make money by sending their clients trades to preferred brokers, like Citadel, to execute the trade.  Citadel, in turn, pays Robinhood for sending them trades because it gives them a glance at what investors are buying and selling.  This allows them to jump in front of Robinhood trades and trade against Robinhood clients.  Yes, this sounds horribly illegal, but this payment for “order flow” is how Robinhood makes the vast majority of its money.  According to recently filed data, Robinhood actually earns more off this than almost any other broker in America, even though they are much smaller.  Since Robinhood makes money off investor trades, it makes perfect sense why Robinhood would encourage its investors to trade more often.

Let’s take a quick step back and look at Citadel again.  Robinhood and Citadel have a special relationship.  Citadel is estimated to be Robinhood’s biggest trading partner.  Citadel paid Robinhood over $100 million dollars alone in the first half of 2020 (WSJ) for that privilege.  Citadel (a large investment firm) is owned by Ken Griffin, a self-made billionaire hedge fund manager.  It is rumored that he bought the most expensive house in the United States: a $238 million dollar penthouse in Manhattan (230 Central Park South).  Business must be going well.  And estimated to be worth north of $20 billion, Mr. Griffin is surely good for it.

Unfortunately for investors, more trading is generally a bad thing.  It increases the chances of losing money.  Not because you’re a bad investor, but because it increases your transaction costs, even if you don’t see it.  The more you pay in fees, the higher the hurdle to win against Wall Street.  Robinhood is now the opposite of the original Robin Hood.  Robinhood is robbing the young and poor, and giving it to one of the richest men in the world.

Just like in Las Vegas, that dopamine hit you get when making that speculative trade is exciting.  But that excitement is also likely to cost you money.  That is why we eschew aggressively trading in our portfolios, rapidly moving from one idea to the next.  We invest in companies that we can understand because we view stocks as a stake in a company.  We believe in investing in things we understand; businesses that are growing and making money.  Their shares may move up and down, but we want to be stakeholders in great businesses.