Going into last week’s Congressional hearing with Robinhood, Reddit, and Citadel, I was expecting an episode from House of Cards.  The suspense, the intrigue, the twists and turns.  However, if you were watching, you’d know that it was, of course, none of that.  For all the excitement around Gamestop and RoaringKitty, the Congressional hearing was actually quite boring.  Unfortunately, much of finance is quite boring.  Facilitating trades between clients should be a boring, yet seamless, event.  The saddest part of the congressional hearing was the inexperience of the management team at Robinhood.  When faced with a surge in trading volumes during volatile markets, their reaction put the business ahead of their customers.

In other boring market news, bonds have been in headlines recently.  Normally one of the more boring asset classes, bonds are usually safe, secure investments that pay a modest interest rate.  That stability is boring compared to the craziness of its younger and smaller brother, the equity market.  The most boring of bonds, the United States Treasury bonds, are coming back into focus because they have been selling off for the past few weeks and worrying some.

The selloff in bonds has been caused by the optimistic news hitting markets.  We are now near the end of corporate earnings season and large US companies have weathered the current economic problems rather well.  Profits are rising for the first time in quarters.  Add to this the pending $1.9 trillion stimulus package from the new Biden Administration and things look pretty rosy.  Why own safe, boring bonds when there is a casino next door?

The selloff in bonds has caused interest rates to rise.  Yesterday’s bond that was paying just 0.50% looks paltry compared to today’s 1.30% bond.  For many of you that are refinancing or in the market for a home loan, rising Treasury yields are also leading to rising mortgage rates.  Rising interest rates is alarming for many because it will make all types of financing, or borrowing, more expensive.  From our home mortgages to credit cards to the debt on government bonds.  While rising rates can be a headwind for markets, does it necessarily mean things are getting worrisome?

Well, let’s start with some good news.  Interest rates around the world are seeing the same pattern, and they’re rising due to the optimistic news coming from the global economy.  That is much better than the alternative.  The concern, for many of those who lived through the late 70s, is whether the hot economy will lead to a rise in inflation.  We’re starting to see the pressures of inflation building in rising commodity prices.  Oil is finally off the mat, so oil producers are making money again.  Although, recent inflation indicators show that widespread inflation is nowhere near where it was.

Rising interest rates without a rise in inflation isn’t uncommon.  The Volker years might be scarring but they are not common.  We have seen interest rates rising on the US 10-year Treasury about seventeen times since 1962.  The market only saw losses in three of those periods and none of the losses were more than 5%. 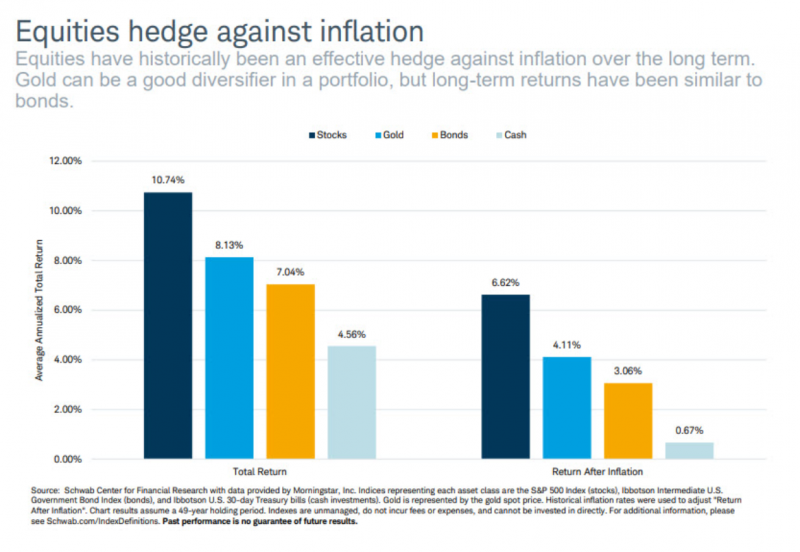 Now, I do expect inflation to rise in the next few years.  There’s too much cash out there to expect it not to.  Especially when it’s a key point on the Fed’s “return-to-normal” whiteboard.  I expect inflation to surge in the coming quarter over the Fed’s 2% target, but it won’t be sustained, especially in a post-COVID world. Even if inflation does persist, the best antidote for inflation continues to be investments in well-run companies.  Durable businesses with great management are more than likely to navigate the changing economic conditions.