One of the surprising things that came out of the COVID crisis is the sudden jump in savings rates for many Americans. Many people first thought the stimulus checks would go straight to paying off debt (which they did). In recent data, the lingering effects of COVID has also caused high savings rates to remain steady. Contrary to popular belief, a persistent high level of savings could actually have lasting benefits to the U.S. and the global economy.

The close of January brought new details about the U.S. (household) consumer’s financial health. Personal spending for December decreased for the second consecutive month. Meanwhile, personal income rebounded in the same month. The remainder of the data dealt with disposable personal income which increased from the prior period. Surprisingly, or maybe unsurprisingly, a large portion of disposable income is being saved – the personal savings rate is still in double digit territory. We also learned that U.S. consumers are staying away from adding to their overall debt by not taking on new credit cards, auto loans, and personal loans, a trend that has kept pace for well over a year. 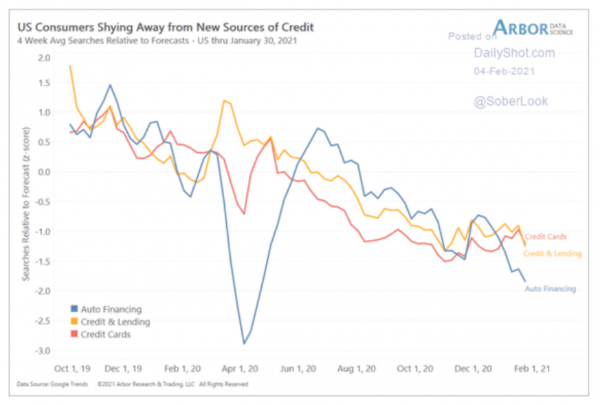 However, with the individual investor, we have not seen the same propensity to remain conservative. U.S. margin debt balances are growing at the fastest pace on record and have increased over 60% over the last nine months. Margin balances are essentially debt which is taken on when an investor decides to borrow money from their broker to fund a portion of their investments. When an investor takes on this kind of debt it is referred to as margin debt. The figure below highlights the steep increase in growing margin debt balances – which is interesting to see that it has increased drastically since the onset of the recession. 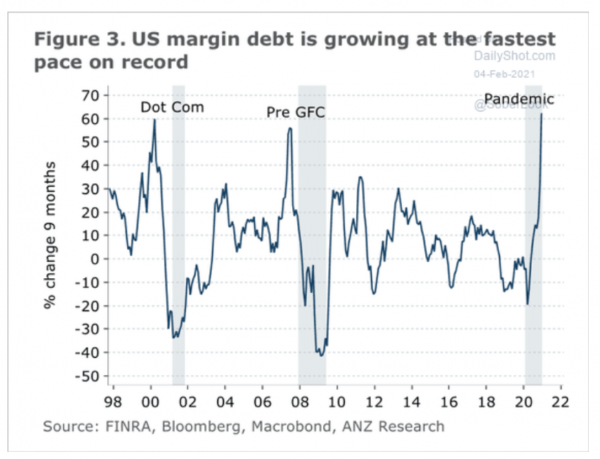 Why is this significant? Economists believe that there is a link to economic growth based on savings rates. Although, this seems counterintuitive because if money is being saved, and not being spent, then it’s not stimulating the economy. So how is saving contributing to economic growth? Well if consumers are saving now for future consumption, then that money represents future spending power. But this can also have the opposite effect. If there is too much saving, with no eventual spending, it can hamper economic growth. However, studies have shown that the average earnings per share growth increases when the rate of savings increases. 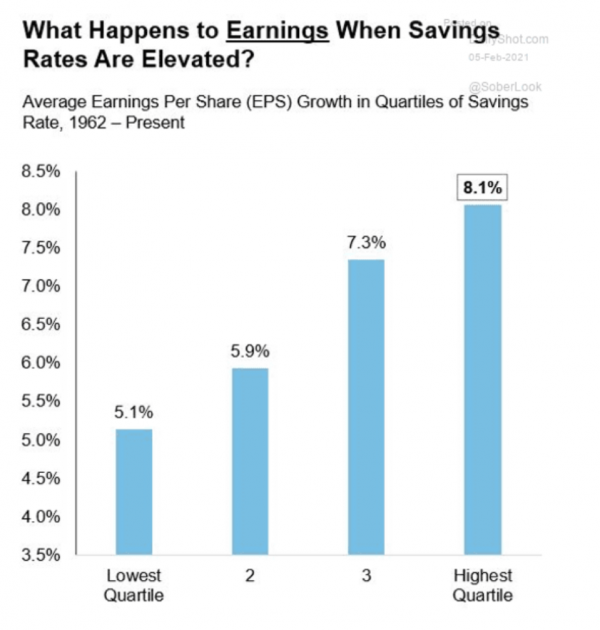 While margin investors are likely seeing further positive growth, amid the recent market volatility, individual investors must remember that your personal finances reflect your values. Whether it is managing risks with margin debt or managing flexibility in your retirement savings, we need to remember to be financially disciplined. What we do know is that time in the market is better than timing the market. Recent events where a company’s stock moves erratically, like GameStop, shines a light on the importance of finding the right portfolio mix that fits your needs. That way any short-term events are a blip in the performance of your portfolio in the long-term. As always, please don’t hesitate to reach out to your financial advisor with any questions you might have.