Election fatigue is a real thing.  Surely, I’m not the only one who was clicking refresh on their favorite news app every fifteen minutes last week; hoping to catch the latest vote count in the must watch states.  States like Pennsylvania (my home state), Arizona (which Fox news seemed to have called a bit early), Nevada, and Georgia.  Like I mentioned in my previous letters, it’s amazing how most states aren’t truly red or blue.  Most states have a nice purple mix of republicans and democrats. 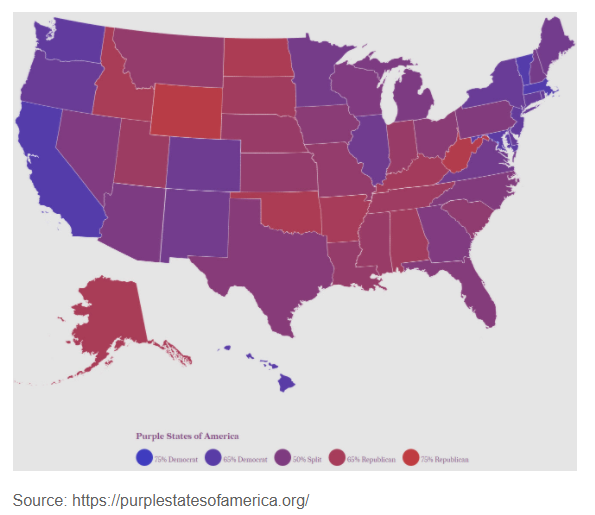 Almost a week after America’s election we are left with what to do next. For most practical purposes, investors are forward looking. And they are certainly looking forward to a post-election world. Markets appreciated relatively quickly and decisively towards the end of the election. Equities soared, having one of its best weeks for 2020. Truth be told, I don’t think the market was happy with a Biden victory. I think stocks were just glad it was over and would have soared for either election result.

As we look ahead, we can begin to piece together what a Biden presidency will look like. Unfortunately, the political landscape is still a little cloudy given the unknown nature of the Senate. Democrats seem to have retained their majority in the House, albeit with a weaker majority. With the Senate at a 48-48 deadlock, everyone will be waiting for the outcome. Focus will now shift to Georgia because that state will be the home of both run-off elections for their Senators. Unfortunately, it won’t happen until after the new year.

I have numerous questions on my mind in this post-election world. First of course is what the Biden administration will mean for the equity and fixed income markets. Without a doubt Biden is for increased use of green energy. More subsidies and tax benefits for green energy must be paid for, likely with higher taxes on the fossil fuel industry. The financial industry, like big banks, could face more scrutiny. Biden’s picks for crucial cabinet posts like at the Treasury and FDIC, SEC could spell tighter oversight. Banks, however, are more captive to current low interest rates than increased regulation.

The biggest question I have in this post-election world is the same one I’ve had before the election: what happens with interest rates? The massive amount of fiscal stimulus has yet to cause more than a minor bump in inflation and thus interest rates. The market is clearly forecasting that interest rates will be lower for longer. That pattern was even more noticeable after Biden’s win with yields on the benchmark 10-year U.S. Treasury dropping. Surely, such low interest rates are not a sign of a healthy economy or market.

Whatever your opinion on the outcome of the election, we must be pragmatic and look forward. We cannot afford to invest in the world we want, we can only invest in the world we have. And the investing world we have right now is expensive. While we continue to scour the markets for opportunities, there continues to be less and less. But that certainly won’t stop us from looking.

As always, please don’t hesitate to reach out with any questions you may have. Have a great week!