Just a few months ago, Google, Apple, Facebook, and Amazon were grilled in front of politicians for their industry dominance, and then not even a day later were awarded by Wall Street for that same dominance. That was an incredibly eventful week. And well, just last week we saw the first antitrust bullet fired since that hearing. Google has been served by the Department of Justice (DOJ). So, what does this mean for Google? And what are the implications to the other big tech firms? 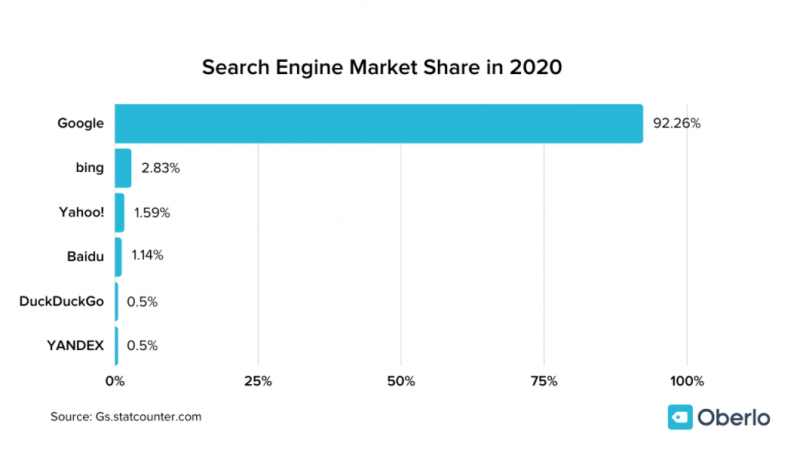 Although, pinning down these huge influential tech companies on antitrust technicalities is no simple matter. It’s not as clear-cut as busting The Northern Securities Company that tried to monopolize the railroad industry back in 1904, or the breakup of John D. Rockefeller’s Standard Oil in 1911. Antitrust regulators have been working on building these cases for years. So, in Google’s case, officials are aiming for Google’s contracts with numerous companies (big and small) to ensure it stays as the prominent search engine for users. The obvious, and largest, example is Apple. Which, according to the Department of Justice, nearly half of Google’s search traffic now comes from Apple devices. Findings from the investigation also found Google pays Apple an estimated $8 billion to $12 billion annually to integrate its search engine into all its products. That’s about a fifth of Apple’s profits. This case indirectly involves Apple as I’m sure it won’t be eager to let a fifth of its profits disappear.

Google has a profound, if not the largest, network effect. And even if reform does come to Google to lessen its influence through contracts and deal-making, it already has a hold on millions of users. The reality is that most people aren’t going to change what they’ve become accustomed to (especially for a service that doesn’t cost them a dime). Some antitrust experts argue this case will not be an easy win in the slightest based on what seems to be commercial agreements; implying Apple and other companies have the right to sell search engine defaults to the highest bidder. Other tech analysts are saying the Justice Department’s actions are way too late and ineffective due to the complexities of the tech industry.

Frankly, the timeline on this case could take multiple years before anything plays out. Also, who’s to say that this case won’t play out like when Microsoft was ordered to split in ‘98? Spoiler alert: it didn’t. Even if Google is split up, who’s to say it wouldn’t lead to better investment return for investors that will hold shares of the divested divisions (similar to what happened with the Ma Bell companies – the original telecom behemoth that split to become some of the leaders in the telecom industry today)? Arguably, one of the best ways to spur innovation is through increased competition.

While the first shot has been fired, we’re still in the very beginning stages (and we’ve got a ways to go). Since we’re on the topic of big tech, 4 of the behemoths (Apple, Amazon, Google, and Facebook) are actually reporting this Thursday afternoon. Most of them are reporting on the heels of incredibly strong Q2 earnings driven by their online & cloud presence amidst the pandemic. Although analysts aren’t anticipating the same rate of growth, expectations are still in favor of big tech. Also, on Thursday morning we have the first look at Q3 GDP which will tell us the full impact of the rebound in economic activity post lockdowns. According to the Federal Reserve Bank of Atlanta, expectations for Q3 is a strong recovery of 35.3% following Q2’s sharp 31.4% contraction.

As we near the election – and volatility picks up – we will continue to monitor our watchlist of quality companies for opportunities that present themselves. As always, please don’t hesitate to reach out with any questions you might have.