Driving around Southern California has been a pleasure these past few months. One of the few benefits of this COVID shutdown is that the freeways have been remarkably open. Less commuters, less travel. The last time my family took a good road trip was down to San Diego in January. On our way back, there was a good-sized accident on the 5 North. That was the last thing I needed on my way home (my morning coffee was moving through my system). I wanted to get home and this traffic jam was causing me delays. My kids were enthralled by the accident. The mix of flashing lights, fire trucks, and a smashed-up car were too much for them to try to ignore. My kids weren’t the only ones rubbernecking. The allure of flashing lights caused most drivers to stop and stare. This made the whole incident more frustrating. The accident didn’t really cause the jam, it was all the rubberneckers!

Like many of the rubberneckers on the freeway, many of us have been caught by the allure of the flashing election lights. Last week’s flashing lights was the highly anticipated bare-knuckle brawl we call the Presidential debates. According to Nielsen ratings, over 73 million Americans tuned in to watch the fight. Three times as many people watched two 70+ year old men fight each other than this year’s Academy Awards. I doubt many watchers were swayed by either candidates’ performance. We get another debate this week, but it’ll be between the two running mates. Exciting, but not the main event like last week. It’ll likely be much more tame.

The debate discussion was overtaken on Friday morning with the announcement that President Trump had contracted the coronavirus. Markets wobbled all day on the news; not sure which direction to go. TV commentators started discussing the unthinkable. What is the line of succession in case things get worse?

As all eyes were on the flashing lights of the debates, and then President Trump’s health, many might have missed an important data point on the nation’s economy. On Friday, we saw the release of the September jobs report. As many of your regular market watchers will know, this monthly jobs report is actually two reports in one. The first report is from the Bureau of Labor Statistics who release the unemployment rate. That’s the number most American’s think of. At first glance it looks like the unemployment rate fell dramatically last month, down to 7.9%. But more astute observers will notice that while the rate fell, it was only because so many people have been leaving the workforce. The unemployment rate only counts people looking for work; excluding those who get discouraged and stop looking. If you factor those discouraged workers, the unemployment rate was estimated to be almost half a point higher. In addition to that report, the Labor Department indicated that employers added 661,000 jobs last month. A far lower number than what most economists had been predicting. Yes, the initial job recovery was dramatic, but recent job gains have been slowing for the past few months. 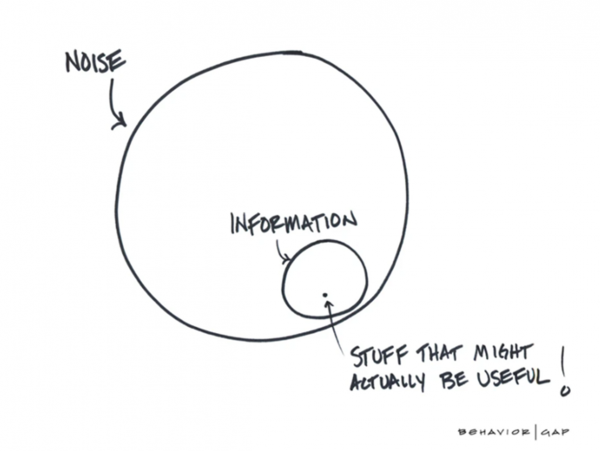 While it might be interesting to stop and stare at the wreckage, we call election season, it’s important that we don’t take our eyes off the road so we can get back home safely. Stare too closely and you might get into an accident yourself. The election is tremendously important for many issues, but as we’ve discussed ad nauseam, the President has little impact on financial markets over the long term. The economy and the companies that underpin it (especially the ones we invest in) are strong and dynamic; able to withstand economic and election cycles. And over the next few weeks we will have a substantial amount of real market data to look at. Earnings season for corporate America is starting; banks will be among the first to report next week. We’ll get a glimpse into how our businesses are holding up during these times. More importantly, we’ll be keeping an eye out for additional opportunities. Great companies stumble every now and then. We’ll be there for when they do.