There was love in the air in February and it was not only on Valentine’s Day. The Dow Jones Industrial Average, the stock market index comprised of 30 largely publicly owned companies and a common benchmark for the US economy, hit 12 record closing highs in a row and broke the 1987 streak (today’s streak below). The primary drivers have stemmed from tax reform expectations, rollback on regulations, and big federal infrastructure spending.

Let’s take a moment and revisit the market of 1987. Ronald Reagan was in his second term as President, companies were cost cutting and we were in the midst of the 80’s profit boom. The Dow’s 12-day streak in January of 1987 rose 9.2% compared with the most recent 3.9% gain last month. Of course, many investors may also remember this time as the year the stock market suffered its worst one-day drop of all time. On October 19th 1987, famously known as Black Monday, the Dow experienced a massive drop and wiped out nearly 23% of the index’s value. However, this was only a temporary speed bump in the bull market run that lasted all the way up until the year 2000.

Whether or not the current bull run will last that long has yet to be seen. Treasury Secretary Steven Mnuchin at the end of the month said “we think it’s critical to get to [3%] normalized growth,” a growth number not see in the US economy in over a decade. If those expectations are met, a chance for a sustainable bull market may in fact be possible. 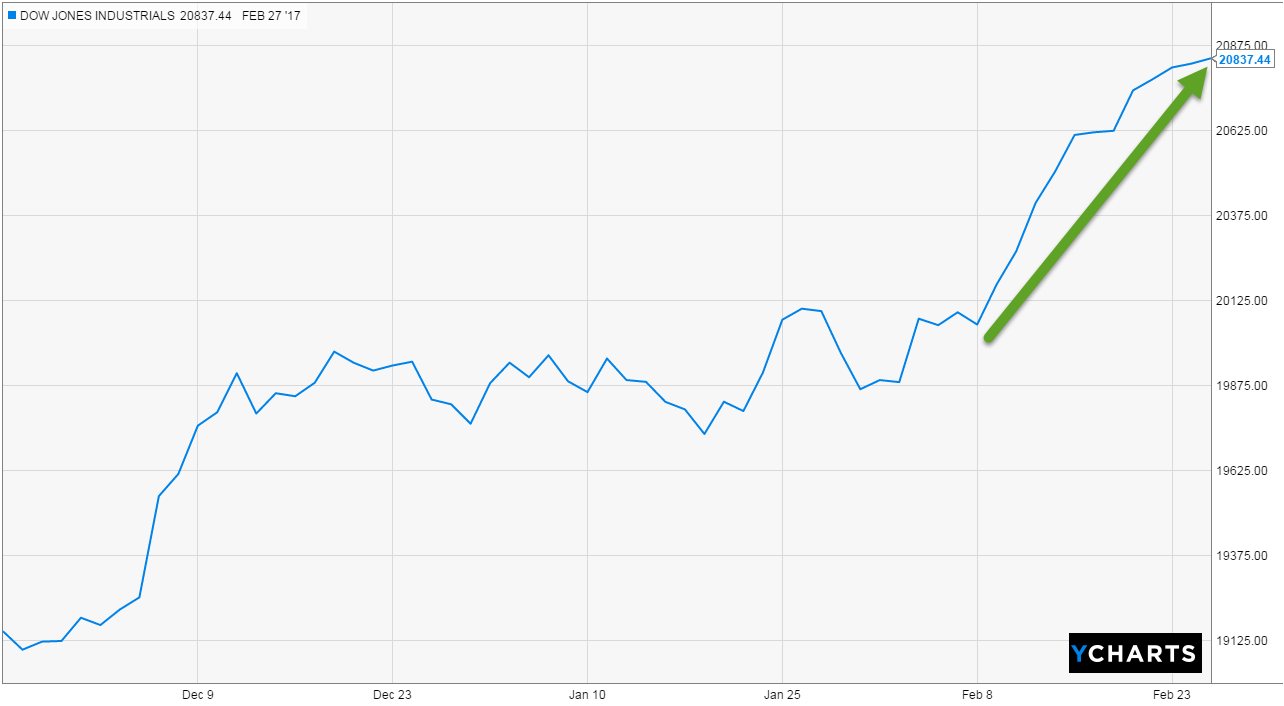