On October 23, 2019, Apriem attended the 2020 Economic Forecast hosted by the Chamber Newport Beach and UCI Paul Merage School of Business. The speakers discussed about an outlook of a benign economic growth without a recession in the next 12 months. They highlighted the positives and negatives of 2020 such as employment growth slowing and lurking uncertainties such as election, impeachment, and trade. Other topics included real estate trends and the future of the healthcare system.

One area discussed that was similar to our own economic outlook was the unlikeliness of a recession surfacing in 2020. For recessions that have preceded us, there has always been a catalyst for them: 2008 was set off by the housing bubble, 2001 was the tech bubble, 1989 the savings and loan crisis, and so on. Some concerns that have people talking of a recession today consist of trade and household debt. Looking at the impact of the trade war with China, while there is cause for concern, imports only account for roughly 15% of GDP (and Chinese imports account for less than a quarter of that). So even if negotiations did take a turn for the worse it likely wouldn’t be enough to send us into a recession. As for household debt, while it has grown to levels close to 2008’s peak, tighter lending standards have led to more sustainability seen by a much lower debt-to-income ratio (which tells us that borrowers are better equipped to pay off their debts) compared to 2008. While the recession fears are understandable, we simply don’t see that the concerns are on the same magnitude as causes of past recessions.

Dr. Richard Afable, previous CEO of St. Joseph Hoag Health, addressed concerns with the U.S. healthcare system that included criticizing U.S. consumer healthcare expenditures being double the comparable country average amount (for the same level of care!) and the growth of alternative platforms to reach patients at affordable prices (like the virtual clinic).

Apriem is a huge supporter of the UCI Paul Merage School of Business Center for Investment and Wealth Management (CIWM). Our Founder, Harmon Kong, and President, Rhonda Ducote, sit on the advisory board of the CIWM.

Apriem was a table sponsor for the event and we had the honor of hosting a group of business school students from UCI. We spent some time getting to know them and answering their questions regarding the finance industry. 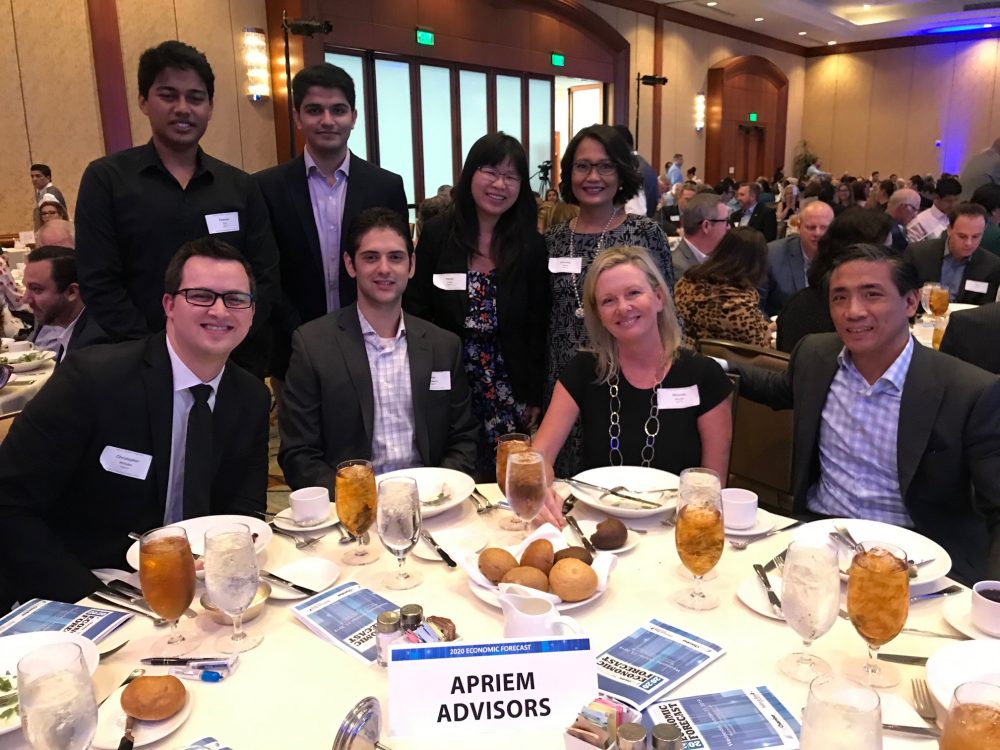 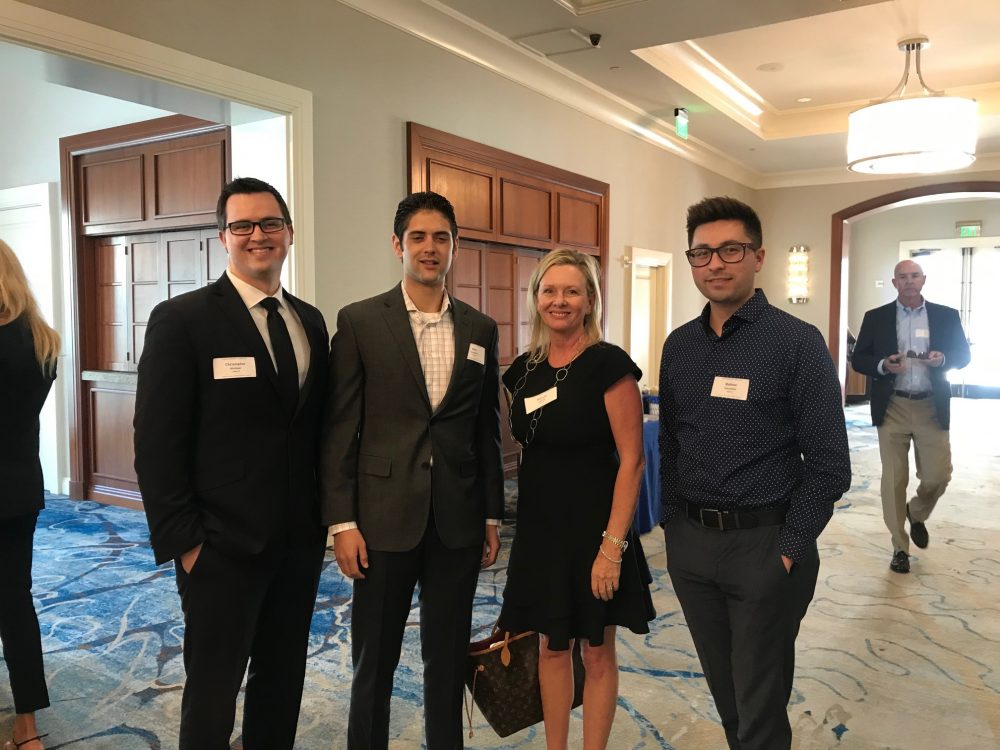 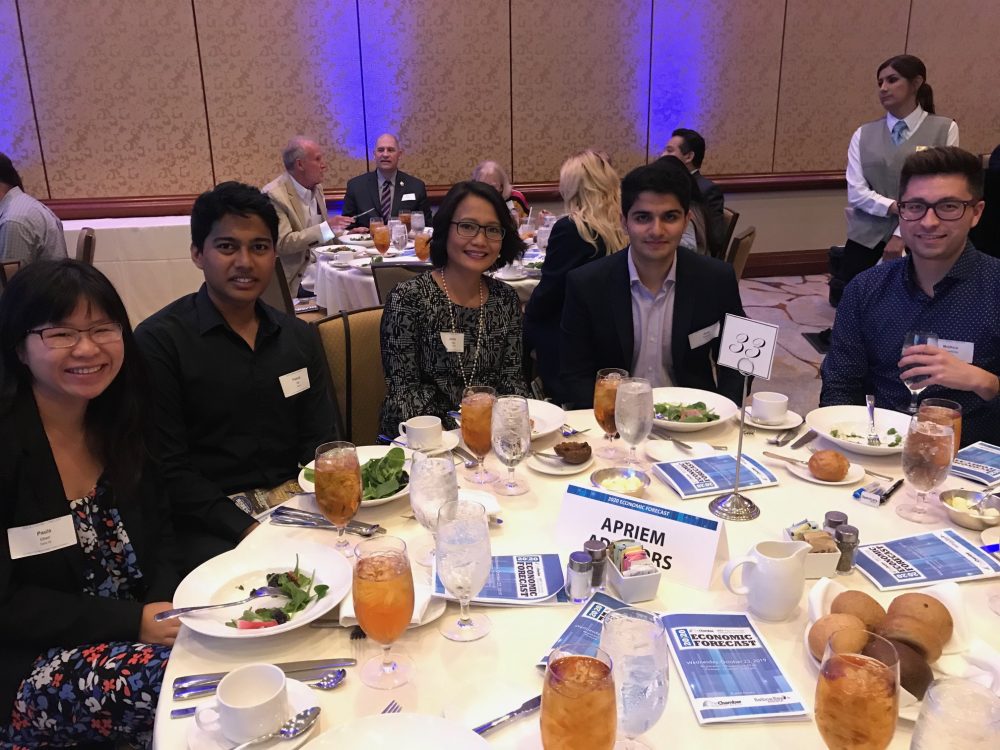