My Superman and His Pension Plan

My Superman and His Pension Plan

Every little boy growing up has a hero they look up to and want to emulate, whether it is a comic book character like Superman or a real-life figure such as a Navy SEAL or professional athlete. My hero has always been my dad – or as I call him, “Pop.”

Maybe it’s cliché to call my father my hero, but the man really gave me a lot to admire. He is very much a man’s man, who is also humble and caring. Pop doesn’t share too much about his childhood, but I know that it was pretty rough. He comes from a family of four brothers and two sisters that moved frequently. Always having new kids in the neighbor meant lots of fights and difficulty creating long-term, deep friendships.

While he hasn’t shared all that much about his past, he has shared that he joined the military as soon as possible to get out of town and serve his country during the Vietnam War. During his time in the Navy, he enrolled in one of the first rounds of Basic Underwater Demolition/SEAL Training (BUD/S) and while he never became a Navy Seal, he did get through to the last group before “ringing out.”

From the standpoint of a 10-year-old, I thought he was super cool! Later in life, he joined the Sheriff’s Department in Los Angeles, where he would work the jail system for more than 30 years. After returning ho 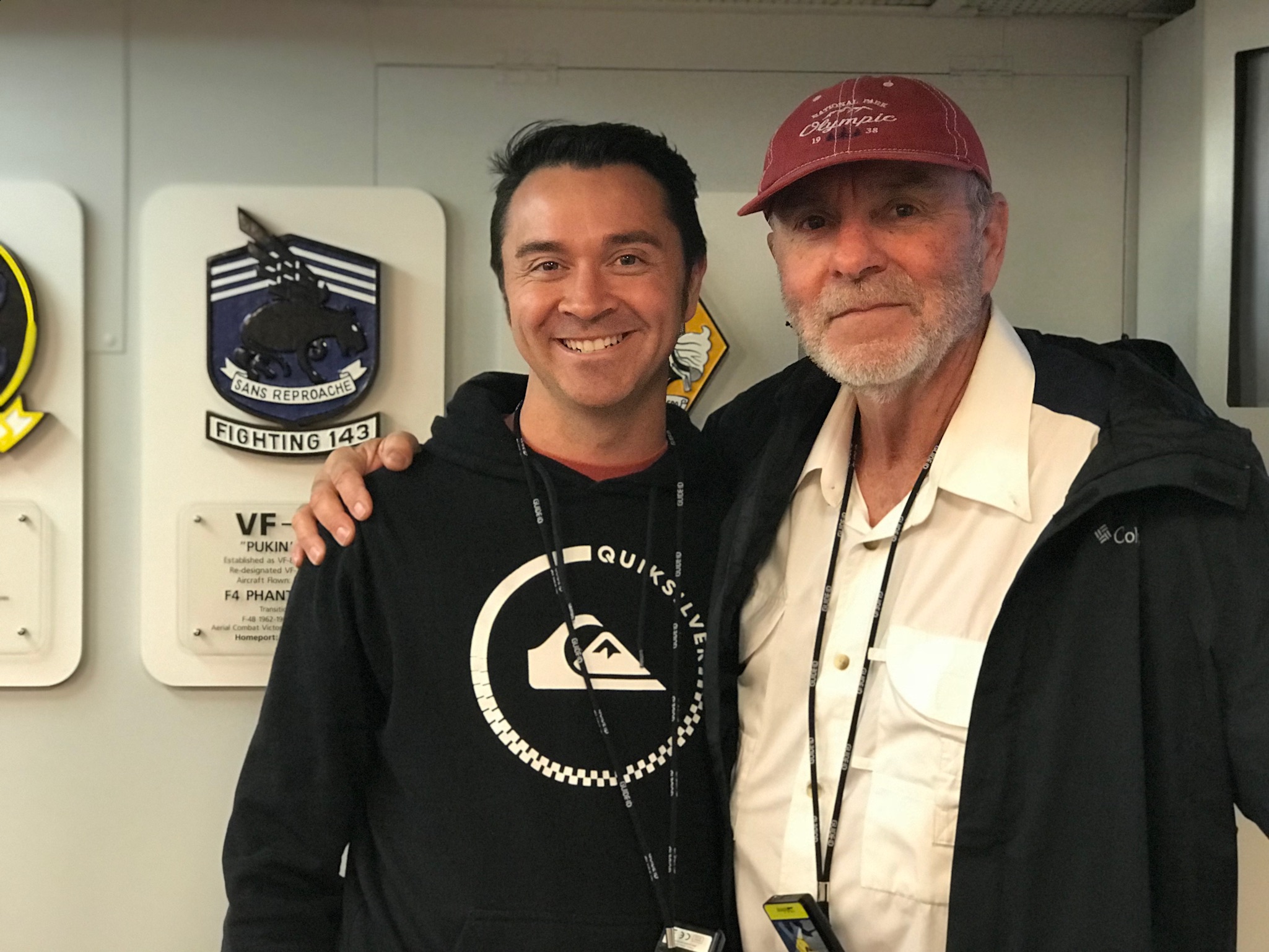 me from school one day, during my teenage years, my mother told me that my father had been offered a medal for saving the life of an inmate, only to turn it down saying, “just give it to the troops, they deserve it more than I do.” Pop had taught me one of the most valuable lessons of my life without him even knowing about it. Such a simple yet powerful lesson – how you live your life is what matters, NOT who knows about it.

After a long life of hard work, waking up at 4 a.m. every day to make the drive from Orange County to Los Angeles, only to work double shifts and then battle with traffic on his way home, my father was finally able to retire at the age of 57! His pension covers approximately 77 percent of his pre-retirement income for as long as both he and my mother live.

In 2008, my first child, Paisley Peace Garland, was born. I was 25 and terrified! I can remember standing in the hospital room by the side of her crib, looking into her big blue eyes and falling in love, while at the same time having these waves of fluttering fear roll through my stomach as I wondered how in the world my wife and I would provide for our new baby. Pop patted me on the back and told me that I would be a great father! I said, “I can only pray to be half as good as you!” Smiling through teary eyes, he embraced me in a big bear hug and my fears slowly dissipated. I knew that I had him there to guide me into this new world of fatherhood. Now I am 35 with two kids, Paisley, 10, and Asher, 8, and have been married to my wife Liz for 10 years! Looking back there have been good times and bad, but to this day Pop is still my hero and I still try to model my decisions as a father and husband in ways that correspond to his.

Planning for the future

about 14 percent of companies offered access to both defined benefit and defined contribution plans.

A defined benefit pension plan is an employer provided retirement plan that will pay an income stream to a retired employee for the rest of their life. A more comprehensive definition  can be found here. If you are a millennial at this very moment you might be saying to yourself:

“Who cares? I have a 401(k) plan and that allows me control over my investments, I’ll be able to use that for retirement and everything will be just fine.”

I want you to stop right there and think about this question “why are pension plans being replaced by 401(k) plans?” Do you think that it’s because a 401(k) plan is a better deal for the employee or is it possible that the 401(k) plan is less expensive and less risky for the employer? Let me help to put this into perspective, let’s say that your employer is going to offer a defined benefit pension plan that will provide a 65-year-old retiring employee with an income benefit of $3,000 per month for the rest of his life. This is $36,000 gross per year or $32,400 after tax assuming a 10 percent tax bracket. Current life expectancy tables tell us that a 65-year-old male can expect to live on average to 83 (18 years) and today the fixed rate available on a 10-treasury is 2.59 percent that means that, conservatively speaking, the employer-provided pension plan will need to have approximately $518,603 today to last for 18 years of income. What happens if the retiree lives longer than 18 years? Well, the employer is required to keep paying that $3,000 per month. Now, is it possible to get a higher rate of return than 2.59 percent? Sure. In fact, the average return assumption for pension plans in California is 7 percent. This new assumption brings the required investment need down to $370,017 – a difference of $148,585. If you are managing the pension plan, would you rather be required to save $518,603 or $370,017? Of course, you’re going to pick the smaller, more attainable goal. However, if you do not achieve the 7 percent annual return and more retirees outlive the 18 years of income that you planned for, suddenly your defined benefit plan is under-funded and at risk of insolvency.

The example provided is over-simplified and gets much more complicated. This is the job of an actuary to determine exactly what it is going to take to meet the obligations promised by the defined benefit plan. So, along comes the defined contribution plan and it says “hey, stop taking on the risk of saving, investing and predicting what will happen and just put the responsibility on the individual employee’s themselves.” Mr. & Mrs. Millennial, it is now your responsibility to make sure that you save enough and that your money lasts as long as your retirement.

My Pop bore many burdens in his life for the good of his family, but this proactive post-pension responsibility wasn’t one of them. As Millennials, we have unique challenges to fiscal stability, and I am committed to solving them for my family and those of Apriem’s clients. In my next post I will detail the specific steps to take and tools to use on your financial journey.